When I got the True Grit job I instantly hauled in as much Blueberry as I could get my hands on and throughout the whole project i had at least one book constantly on the desk. Since then I've referred back to his books time and time again, so I have a lot to thank fr in terms of influence and wanting to be a better creator and Jean Giraud was a creator of the highest order.
One such piece I looked to constantly whilst working on True Grit was this and still do on practically every comic I work on now.. 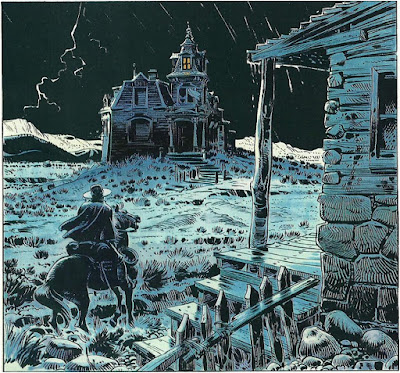 A big thank you to Jim Campbell who lettered the piece for me, the very man who lettered the True Grit comic that got me delving deep into Mr Giraud's sea of work..
Posted by Chris Wildgoose at 06:03 No comments: 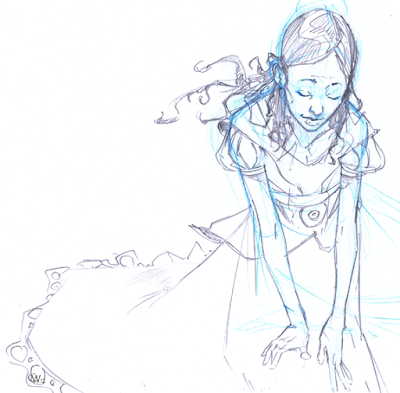 This here is just a quick sketch for some backgound detail in Porcelain, but i kind of liked it a bit so thought id share.
Posted by Chris Wildgoose at 19:26 No comments: 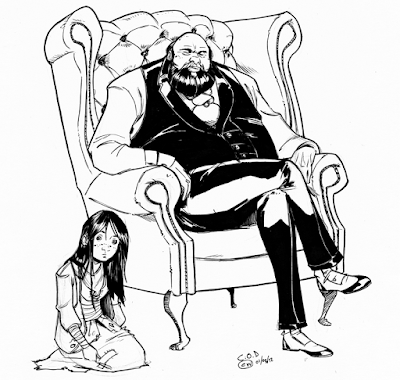 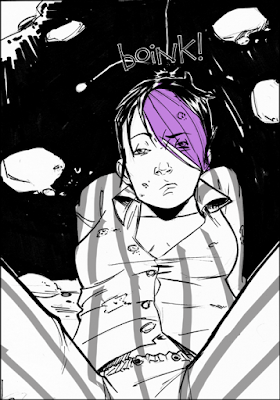 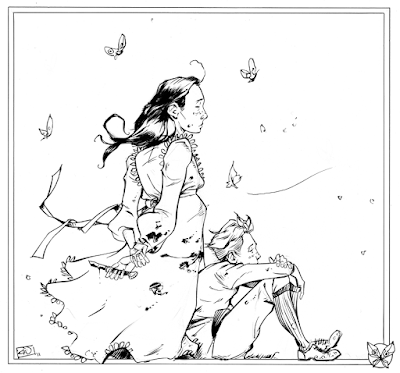 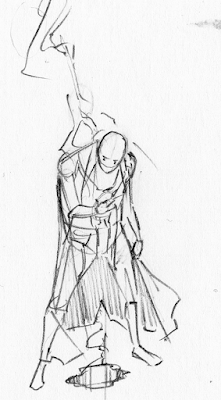 Posted by Chris Wildgoose at 13:05 No comments: