Cover Art: In The Dark Anthology 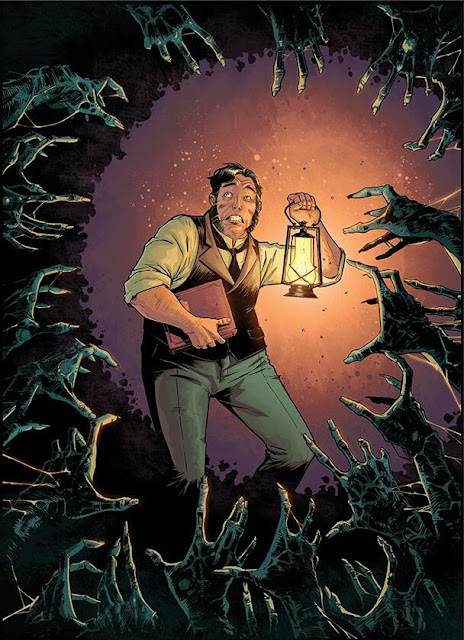 Here's a little peek at some cover art i did for an up coming Horror anthology 'In The Dark'
the anthology is being pulled together by Rachel Deering. the line up of writers and artists is looking amazing. I'll be doing a little short in that too. I think we're all aiming for that to be out sometime later in the year.

This was coloured by the genius that is Jordan Boyd

Posted by Chris Wildgoose at 05:00 No comments: 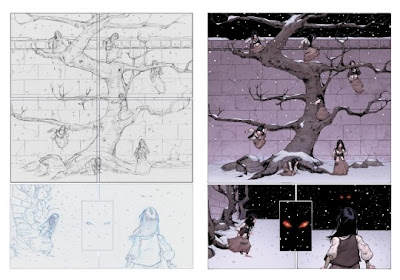 Myself and Ben were asked to write up an article for their Directors Commentary section on their site. We go over our process of honing ideas, drawing up concepts and pick out a couple of our best bits.

Really enjoyed working on this. It was a total honor because if you look through the site they get some really great creators to write up their process and thoughts on their projects.

You can read the article HERE

Posted by Chris Wildgoose at 06:08 No comments: 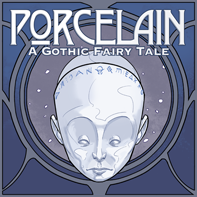 Just thought i should post the information here for anyone who hasn't seen the news yet.
Porcelain has a date set for the international release. You'll be able to get it in all good comic shops from Wednesday, July 17th in the United Kingdom and Wednesday, July 24th in North America!
More details HERE

Also myself and Ben have recently done a bunch of interviews about Porcelain. All with really great questions revolving around Porcelain and generally working together.
One such interview went up HERE for the Geek Pride site.
Big thanks to Daniela for giving us the time and for the great questions!
I'll post up the others as they go online.
Posted by Chris Wildgoose at 05:09 No comments:

The Ones That Got Away: Part 2 - Tank Girl

Well here's another installment for 'The Ones That Got Away' and this one really is to me THE one that got away from me. it pains me to talk of this loss but here goes....

Nearly a year a go I got wind from a friend that Tank Girl writer Alan Martin had put that he was looking for artists to submit for a new series of that very same girl of tanks.
So me being a well and truely true blood Tank Girl fan thought why the hell not and asked said friend to mention my name and work to Alan. He did. Alan got in touch! We got talking and in between me gushing like a pre-pubescent fan Alan asked me to draw up my Tank Girl.

So I got on with it. We had to approach the publisher with how I would take the series on so I got rough sketching for Alan to see if I could draw his girl right.
If i'm honest I got a bit carried away at first, sure in myself that I 'got' Tank Girl and to put it mildly I was a tad bit excited to be sketching her in an official manner so I naturally wanted to keep it classic and pay a big fat load of homage to Mr Hewlett and Mr Dayglo.
In those respects the first batch turned out well... but it wasn't right. Alan wanted something new and I'd drawn her too young. 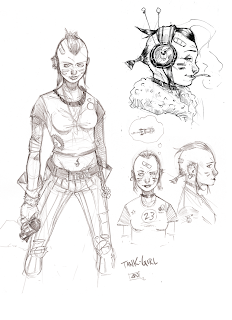 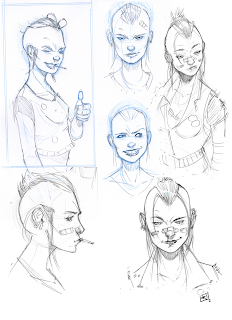 So I had another go but aiming to make T.G a bit older but still trying to keep on that classic punk look. 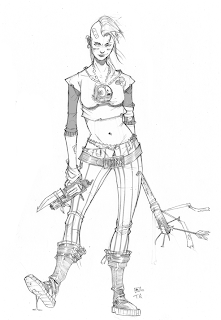 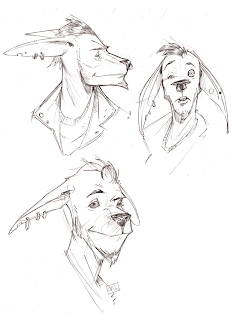 These were better but still not what Alan wanted.
So we decided to go a completely other way and go for an overall new look, new hair, new clothes just overall something they hadn't tried with Tank Girl before. Alan suggested to head down a sort of WWII French resistance look. So I looked into women fighters of that time, the clothes and guns they used and mixed it up a bit with the mens wear! and so we came up with this: 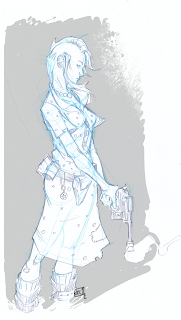 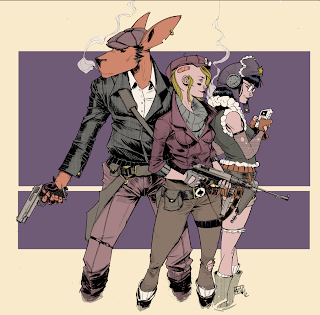 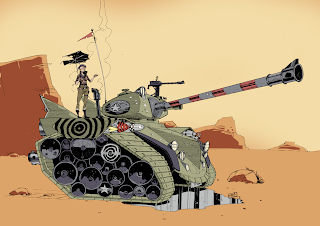 Sadly as the title of the blog suggests it didn't go all the way. We were both really happy with the final look but somewhere down the line at the publishers end they didn't see it working. This was intended to go somewhere alongside the current series with Mr Cadwell's work which if you compare the art I can totally see why it would clash, so I'm sad but obviously it was for the better.
I'm still in contact with Alan however and we have plans to still do something together just maybe not T.G related. So watch this space.... Alas Tank Girl really is the girl that got away.

Just got back from a family gathering this weekend for my Dad's 60th. I'd spent some of my spare time before going up doing a couple of pieces of work for my Dad. He's asked for artwork by me for his house since... well god knows, but a long, long time. So I thought it was about time I did something.
My Dad is keen on his vehicles. He's big on his Audi R8 and has a keen love for his purple Harley Davidson Deuce and obviously a bigger love for my Step Mum, so I thought why not combine all those things in a couple of pieces. 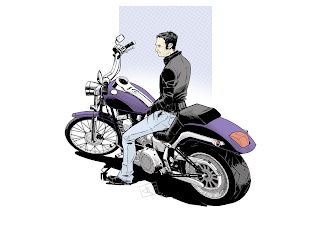 I can proudly say I drew them both from scratch, so it was a good stretch for the vehicle drawing muscles and a much needed exercise. Anyway, I was quite happy with them and thought I'd like to share. 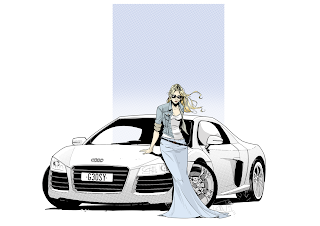 I have to say I owe some credit to one of my favorite artists Sean Gordon Murphy for these pieces.  After seeing a commission piece he'd posted on his Deviant Art page, I knew what I wanted to do for my Dad. Murphy is a master of vehicle drawing so in a way these are also a little tip of the cap to him and his skills.
Posted by Chris Wildgoose at 07:51 No comments: