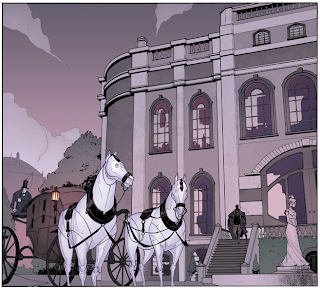 Here's just a reminder of that book what I done. because it's getting released tomorrow!!!!

a big load of love from myself, Ben and Andre has gone into that book and well everyone involved in Improper so please if you have the spare time and spare pennies get a copy! The link i'm about to share has  a free preview PDF so you can wet your appetite for the full book. also some of the first reviews to come in.

You can read that HERE
Posted by Chris Wildgoose at 04:11 No comments:

House Of Betty: Interview and Review of Porcelain 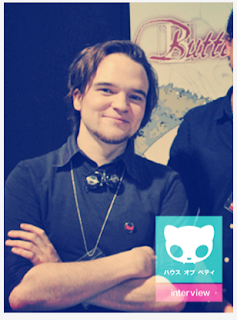 Here's a little quick fire question time I did with the lovely people of House of Betty. you can Read that HERE

They also have given one of the first full reviews of Porcelain. really recommend anyone interested in my first full Graphic Novel having a read of this. ever so slightly but not a lot spoilery.
Big Thanks To Oz of H.O.B for the very kind review :)

You can Read that House Of Betty Porcelain Review HERE

Posted by Chris Wildgoose at 02:53 No comments:

The Ones That Got Away: Part 1 - Wrath Of The Titans

More often than not as an illustrator you might have a project come your way and despite doing a chunk of work towards it, it wont see that light of day. That's just the way things go sometimes, you might get out-pitched by someone else or it just bypasses the right people.
2012 was a great year for me, I found I had more offers than I could take on and plenty that I would kill to work on. Some of those just slipped through my fingers... but that's just the gamble of pitching.
One that slipped through was for 'Wrath Of The Titans'. My eldest brother Tim Wildgoose was Armoury Supervisor on Wrath and wanted to pitch a promotional prequel comic to the director. Tim asked me to help with a little script he'd written and I drew some character sketches and a test page. 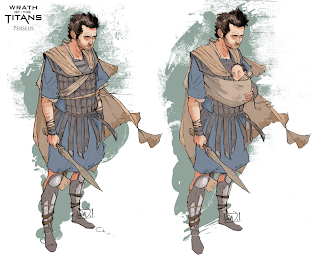 The script Tim had written was great, it was a 'Lone Wolf and Cub' style story with a drunk, rough looking Perseus carrying his son whilst fending off the odd demi-god. 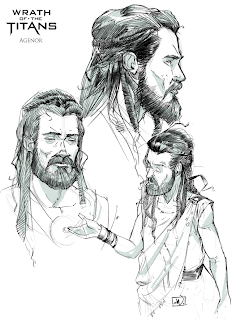 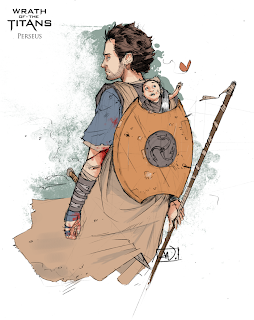 We actually had full support from the Director and main actor and it all looked so promising but when it came to the studio's end it was unfortunately left alone. It was a great shame mainly for me as to work on a comic with my eldest brother would have been awesome but alas it just didn't happen..

Interestingly Tim had such good ideas in the script that some bits actually made it into the film. Apparently the idea of blindfolding statues of Zeus, so he couldn't witness the blasphemy's of humans made it into the actual film. So if you watch it, keep a sharp eye!

I've got more projects that I haven't had a chance or been allowed to mention so hopefully if the old clients/partners don't mind, I'll be able to post some more near misses. So stay tuned! 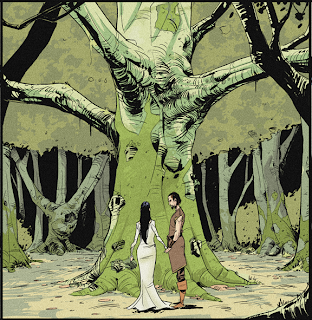 Hello there!
Yesterday we at Improper Books released the free one page comic myself and Benjamin Read created for Valentines day. This is a slightly alternative Pagan-esq Valentines gift, check out our little piece 'Wood-Wife'

*note: this is mildly NSFW and definitely not for youngling readers*


Stay tuned as I'm hoping next week I'll be allowed to post about the process of making this little short.
Posted by Chris Wildgoose at 05:32 No comments: