Sketches: Last for a while

Here's the one sketch i did at Demoncon. I took probably ALL day and two attempts penciling this out for what i thought was a raffle prize. Turned out I wasn't entered as a prize in the end *sniff* but luckily a fellow artist wanted a commission off me so they took this off me. well i took it home and polished it off with inks so getting this to them tomorrow.
I've possibly enjoyed this piece the most out of any I've done recently. Maybe because it's my own characters but just had a lot of fun playing with it. 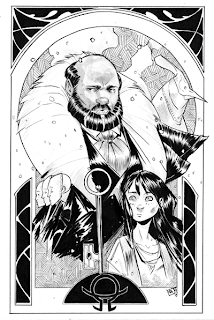 On the subject of Commissions I'm actually going to take a hiatus off from taking commissions on. I've got a lot of work on and I can get obsessed getting these done to a good standard. So I'm going to officially cut it out for a while and get my head down with all the work and put that time towards getting some short strips and a full short comic done.
I'll be getting to some conventions in the year and will do some sketches then but in the meantime no commissions being taken folks!

Posted by Chris Wildgoose at 11:57 No comments:

Hey Hey!
I'm going to be attending my first convention of the year this weekend. you can find me at Demoncon in at the Exchange Studio, Hazlitt Arts Centre, Maidstone, Kent. I'll be selling copies of Porcelain and previews of Butterfly Gate. I'll also be sketching and signing and generally chatting so if you see me and the Porcelain Banner do stop by and have a chat. I'll be taking on Commissions too so if you have any requests, don't be shy! 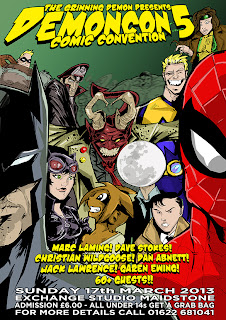 Posted by Chris Wildgoose at 09:45 No comments:

In the name of  International Women's Day I decided to warm up digitally inking an old sketch of Tank Girl.
One of my favorite of the female species in comics. Have a great day ladies :) 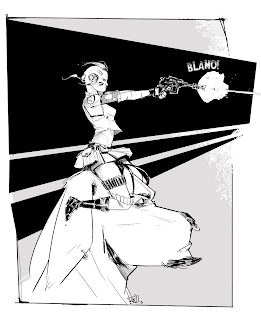 I think this Tank Girl pose needs a note: 'After Ashley Wood And Rufus Dayglo' :)

Posted by Chris Wildgoose at 06:09 No comments:

In the name of 'Creator Owned Day' which is today! I thought i'd share a little peek at a character who will feature in a series i'm attempting to write and draw myself.
I've only really started so the plot so far is thin and has a long, LONG way to go. plus I have a little short story I want to try before I go into anything too ambitious! 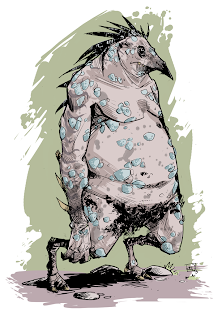 Posted by Chris Wildgoose at 11:54 No comments: