Just a quick heads up. the True Grit: mean Business Dime Novel is now up on the official movie site it links to different formats of E Books and is available in 7 Languages!
So far had some nice reviews and some really positive feedback. I promise I'll have some behind the scenes type stuff and some general new work up soon. just want to let the dust settle and blow some smoke from the gun. Really happy with the reception so far so thanks for all the kind words and support!
More to come!
Posted by Chris Wildgoose at 10:14 3 comments: 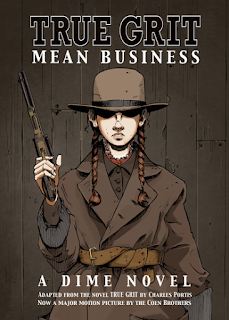 Very happy to finally announce that the comic of True Grit which i worked on has finally gone online.


You can find it on Comixology here, completely free 26 pages of Grit. And a PDF Version here there's so much to tell about the process of this story and how i got the job but i think i'll save it just now. my mind is in a muddle on what to talk about first. meanwhile take a look and feel free to let me know what you may think.
Posted by Chris Wildgoose at 08:01 1 comment:

Finally got some form of a Portfolio website up, its just a very basic promotion site, hoping to get something abit more flashier at some point in the future but for now its just purely for contact info and gallery so please excuse how stripped to the bare essentials it is, there's still a lot of work to get up on there and a lot of playing around with the design so be sure to keep checking it out in the future to see what comes of it! you can find examples of different work and projects i've worked on. such as Concept art, Comic, illustrations and paintings
you can find it under ChristianWildgoose.com
Posted by Chris Wildgoose at 02:26 No comments:

Late Last night we decided to throw up on the Dream Solver Blog the Cover for the eventual book. were getting ever closer to getting the Ebook preview up. hopefully take some publishing interest and get the ball fully rolling again behind that. 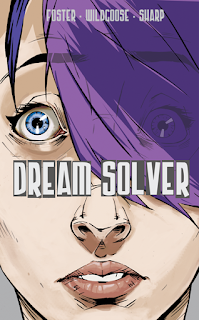 Had a wee bit of a break from Dream solver and all other projects during December as i managed to get a pretty nice job but......The catch with this job was a tight, tight deadline. Luckily everyone who i had some sort of project in the mix with has been more than supportive, even my part time Job in Waterstones gave me some time away to get on with it. I really Cant thank enough everyone who helped and kept me sane.
It should be within this week i can finally tell what the project was, but right now just have to bee a bit hush hush. stay tuned! especially this week!
Posted by Chris Wildgoose at 16:49 No comments: