CBR just did an article about the new run of Assassin's Creed comic and the variant covers and mentioned one of the ones I've done. HERE
The self important artist in me noticed that the colours of my cover on that article were ever so slightly off because of it being a CMYK file and I find colours almost always look awful when posted on the internet in that file type. So to soothe the fussy art beast in me here's an RGB version which should better show how it will come out in print :) 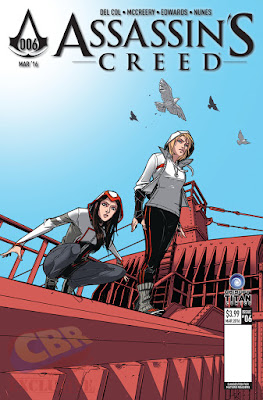 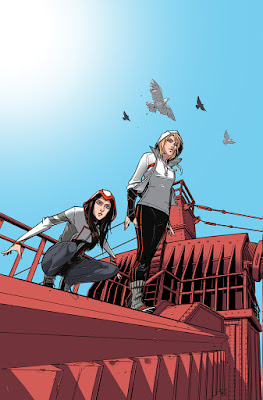 I've got another cover for that run too, both I'm really happy with.  I'm genuinely a big fan of the games so It was awesome to be able to do something for Ubisoft and Titan.

Also mentioned in that article is the Templar series that will have covers by my buddy Marc Lamming I've had a sneak at another one and trust me they are wicked! I think he's also doing some for AC too so keep your eyes peeled!

Posted by Chris Wildgoose at 02:18