Thought I'd post about a little side job I've been working on in the past few of weeks. I'd worked on this along side my current comic work so it took longer than if I'd been working on it on it's own but it had a stretchy deadline so the process had plenty of time for playing around in.

The job was a promotional poster for a short film titled 'Silent Treatment'
Director Mark Lobatto sent me a cut of the film and we worked together on some suitable images. He'd approached me with some sketches of what he had in mind and I saw if I could find anything else that caught an interesting aspect of the film.
Here's the two results of our brain storming. I penciled and inked it much like I do a comic page and Asked colourist Andre May to work his magic on the two. 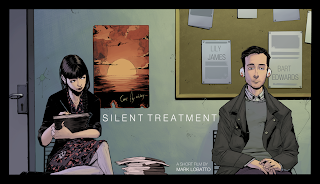 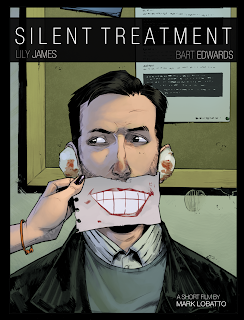 Here's a little look into the process I worked through for the two pieces. 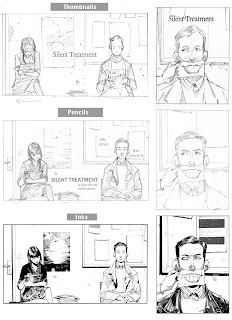 Posted by Chris Wildgoose at 06:36