My next book was just announced last week! I'm currently working away at DC's Batman: Nightwalker for their New DC Ink line. DC ink is focusing more towards a 'Young Adult' audience but honestly I think any range up from there would be able to pick up Batman Nightwalker and get into some good old fashioned brooding Bruce Wayne dealing with Gotham and Arkham madness. (Am I right in thinking we've never really truly followed Bruce as a Teenager before?). A bit more official info on the latest DC Ink announcement here.

Batman: Nightwalker is a graphic novel adapted from the original pros novel by Marie Lu. Adapted to script by the mighty Stuart Moore, Pencils and Inks by myself and I'm so happy to say that my wife and partner in crime, Laura Trinder, is making her DC debut on colours! The book is going to be grey-scale black and white with a hint of colour now and then and let me tell you, Laura is knocking it out of Gotham's city limits! Letterer to be announced but I'm sure it will be a badass! 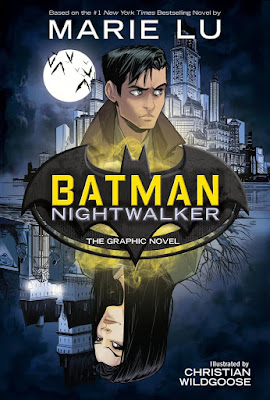 The cover art (pictured) was announced last week and I've been posting little sneaky snippets on my Instagram account for a little while so you can steal some peeks there. 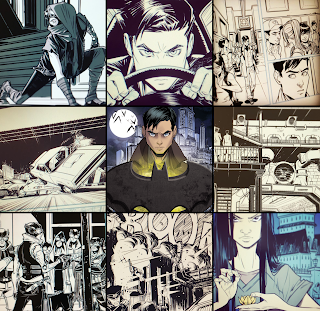 Bonus Image! : As part of the first wave of announcing the active projects back in the beginning of the year, DC asked for a super quick promo image. I was away from home at the time and so I only managed to get in a little crappy rough sketch. DC put the image with the project name but didn't properly announce the creative team of Nightwalker at that first showing.
I've been gradually finishing the piece for myself over recent weeks, just as a warm up thing. I finally finished it last week so I thought I'd post it up. It's not been officially DC sanctioned yet so I may get told off for this but hey... 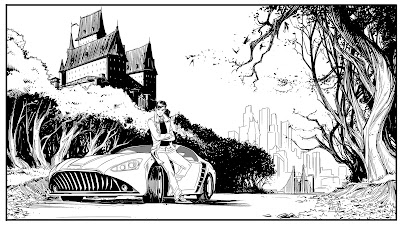 Posted by Chris Wildgoose at 06:23