FINALLY! A Little Catch Up!

I FINALLY I thought I should put some life back into the blog! I think it’s been nearly 2 years since  my last post! My biggest apologies for those that may still visit to see if there are any updates, as ever I always get caught up with work and my Email replies and blog updates are usually the first things to suffer!
I still like to use this place as a form of posting work but often my Instagram gets most of my quick snippets of work and sketches. Here I like to write up more of an extended post and get some words down. So without further ado:

So, what has been going on over that past two years, Chris?!
Well, I’ve been the artist of Batgirl: Rebirth for DC for a year and a half, under the word smithery of Hope Larson with colours by the mighty Mat Lopes, letters by the brilliant Derron Bennet and Inks were often finished by Jon Lam, Jose Marzan Jr and Andy Owens. It was my first jump into a monthly released book, which, to put it lightly, nearly killed me! Despite as hard as it got I always had a lot of fun with the Batgirl team and I came through the other end and jumped into something new for DC! To be fair to myself, alongside Batgirl I was also working away at our third instalment for Porcelain: A Gothic Fairy Tale titled ‘Porcelain: Ivory Tower’ which is a full graphic novel itself. The Improper Books team don’t cut corners and I won’t give up my inking duties on that one, so I had a ton of work on with both Batgirl and Porcelain.  I only have myself (and maybe Ben) to blame but It was worth it.
Now this is a rare statement for me but I have to say Porcelain: Ivory Tower is one of the things I am most proud of in my illustration career. Both in terms of the book on a whole and the art I put into it. Ivory Tower is one of the few books I can look back at, re-read and actually feel like I did a good job! As ever, there are always bit’s I would change here and there but this one I am genuinely really happy with! The blood sweat and near panic attacks were worth it!
Early in 2018 Ben and I were lucky enough to be invited back to France by our friends at Delcourt (our French Publisher) to do a signing tour for Ivory Tower. We visited Paris, Grenoble, Besancon and back to Parsi for a couple of days to finish.
Our trips to France are always so utterly heart-warming, I can safely speak for Ben and myself when I  say we both feel so at home over there, we have made some solid friends with the readers, shop owners and the publishing team and I know we both can’t wait to get over there again to hang out with the friends we made and make some new ones. A Soppy sentiment maybe but a true one.
Love you, France! 😊 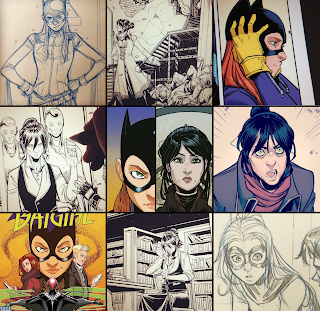 And as for what’s next, well…. I’ll get straight on to the next post!

Posted by Chris Wildgoose at 07:47